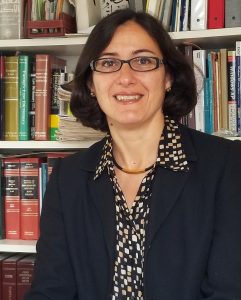 Randa Shedid has lived and worked in Boston since 1991.  Born in Cairo, she worked as an attorney in Egypt in the offices of international lawyers, El Ghatit Law Firm and Kosheri, Rashed & Riad.  In Boston she held various positions in financial and legal firms, including Smith Barney (currently Morgan Stanley), Milberg Weiss Bershad Hynes & Lerach LLP, and Choate, Hall & Stewart.  She was employed by the American Civil Liberties Union, Boston (ACLU), for 6 years as the attorney responsible for incoming complaints.

Shedid earned a J.D. from the New England School of Law, Boston and a law degree (Licence en Droit) from Cairo University Law School.  She completed her BA in Middle Eastern Studies from the American University in Cairo, Egypt, with a year as an exchange student at UCLA.  She is fluent in English, German, and Arabic with a reading knowledge of French.

Randa Shedid served as a Commissioner at the Cambridge Human Rights Commission (CHRC) for 13 years.   She is a founding member and the current president of the board of the Center for Arabic Culture, Boston (CAC) and its Arabic School, which she has directed since its inception in 2006.  She also serves on the board of trustees of the German International School of Boston (GISB).

Randa Shedid looks forward to continue working with the CAC Board on improving and diversifying the cultural, educational, and artistic programming of CAC; developing the brand and marketing the image of CAC and its school, and locating and acquiring a permanent home for the Center and the School in Boston.