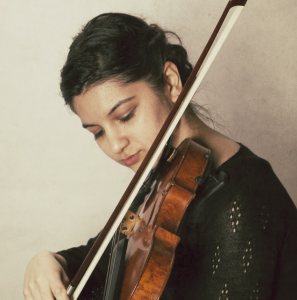 Turkish born and raised, Bengisu Gökçe is a multi-genre Violinist and Singer, known for combining in her music the Turkish roots with Eastern-European and Middle-Eastern traditions.

A multi-award winning, Gökçe is a classically trained violinist and a performance alumna of Mersin University State Conservatory in Turkey, ‘Hanns Eisler’ School of Music in Berlin, Germany and Berklee College of Music in Boston, MA.